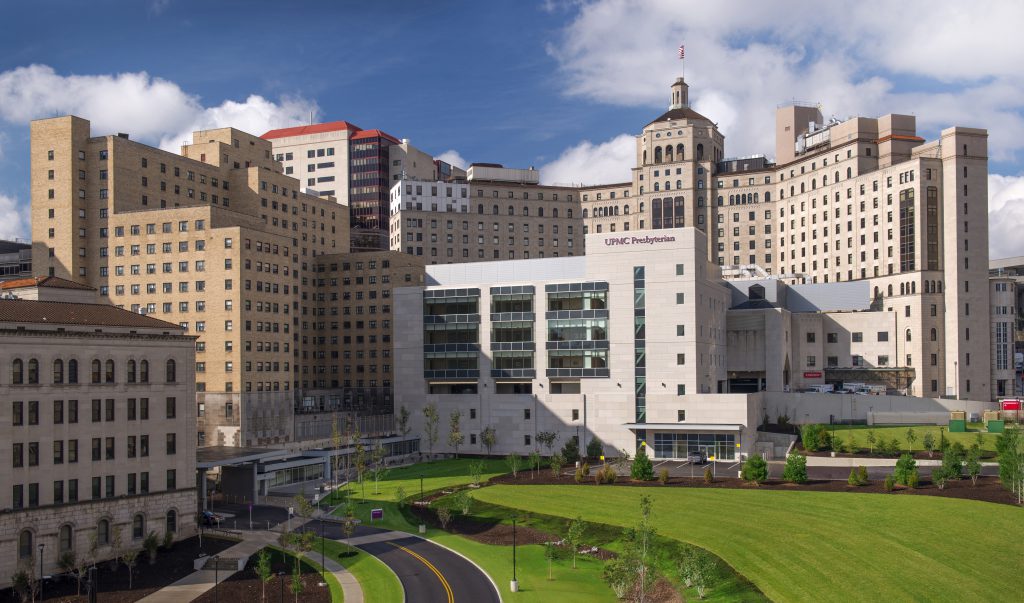 The University of Pittsburgh Department of Plastic Surgery Microvascular Reconstructive Surgery fellowship provides comprehensive microsurgical training to one trainee per year.r. Training focuses on functional and aesthetic reconstruction of defects and deficits throughout the entire body, including after head and neck cancer extirpation or trauma, mastectomy, truncalk cancer resection, upper and upper and lower extremity cancer or trauma, for dynamic facial reanimation, and for other congenital or acquired defects. Microsurgical techniques are heavily emphasized, although conventional macroscopic techniques are also represented. The total number of microsurgical free flaps performed by our 2019-20 fellow was 125, which reflects some decreased volume due to the COVID-19 pandemic. In addition, the fellow participated in other microsurgical cases such as lymphedema procedures and nerve repairs, as well as many non-microsurgical reconstructive procedures.

The fellow participates in a busy operative schedule, as well as weekly conferences and clinics, and is involved in academic and clinical house officer teaching. In addition, the fellow conducts clinical research projects during the year with the expected goal of regional and national meeting presentation and manuscript submission.

Thank you for your interest in the Microvascular Reconstructive Surgery Fellowship Training Program at the University of Pittsburgh. Virtual Interviews will be conducted on Saturday, May 22, 2021. Interview invitations will be distributed a few weeks before this date.

The fellowship program is divided into three main experiences: Head & Neck, Breast , Lymphedema, & Extremity/Other. There is an in-depth and comprehensive mentorship experience with the preoperative evaluation, treatment planning, operative treatment, and postoperative management of patients with congenital and acquired defects treatable by conventional and microsurgical techniques. This includes weekly outpatient clinic experience in the preoperative evaluation and postoperative management of microsurgical patients.

The H&N Reconstructive Surgery Service is based at the Oakland Campus with the majority of surgeries performed at Montefiore and Presbyterian hospitals and the remainder performed at the Oakland VA hospital. Flaps include ALT, fibula, radial/ulnar forearm, and flaps based on the subscapular system with chimeric flaps commonly performed. Rarer flaps include jejunum, sural artery, gracilis, and others.  Virtual surgical planning is performed for the majority of bony reconstructions. Nerve reconstruction is also commonly performed either as grafts (facial nerve, inferior alveolar nerve) or flap neurotization. Fellows will develop their core microsurgical skill sets throughout the year and will be able to independently perform complex microsurgical reconstructions upon completion of the fellowship.

The H&N reconstructive experience is based upon a decades-long collaboration between the Otolaryngology and Plastic Surgery Departments. The H&N Reconstructive Surgery service is housed in the Department of Plastic Surgery, but is comprised of both ENT and plastic surgery residents and fellows. Trainees from both departments are treated equally and have the same educational opportunities.  Expectations and responsibilities are based on trainee level and not department affiliation; we refer to our team members with the prefix “Recon” rather than by their department (e.g. recon fellow, recon chief, recon senior). Three fellows (2 H&N and 1 PRS) divide the cases for the week in advance. More than 165 H&N free flaps are performed per year. Fellow responsibilities include assessing the patient morning of surgery, guiding residents through the cases, and participating in operative revisions. Routine rounding and patient care is managed by the residents. All free flaps for the following week are discussed at an hour-long educational/planning conference on Fridays. The focus is on goals of surgery, practical decision making and risk mitigation. On non-operative days, the fellow is welcome at any of the attending’s clinics 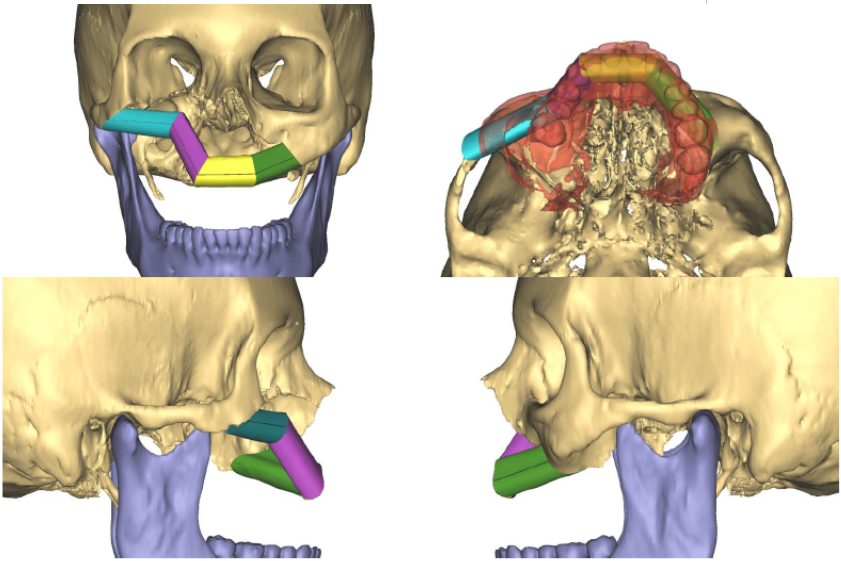 The microsurgical Breast experience takes place predominantly at UPMC/ Magee Womens Hospital, where approximately 50 free flaps take place per year.  These cases include DIEP, SIEA, msFTRAM, TUG, and LTP flaps.  The Magee house staff team, comprised of a senior and junior resident, with varying numbers of medical students, perform perioperative care, rounding, and participate in the surgical procedures.   The microsurgery fellow participates in free flap cases and is available for any urgent returns to the OR.  As the fellow gains experience through the year, he/she will transition to a teaching role, taking trainees through segments of cases.

There is a weekly Breast Indications conference during which future cases and boards-style cases are presented, both microsurgical as well as conventional.  The fellow is invited to this conference and attends as time allows.  The fellow is also invited to any of the several breast reconstruction clinics that take place per week in order to get experience with pre-operative evaluation and decision-making as well as post-operative care.  Typically, the fellow decides on which clinics to attend based on cases for the week. 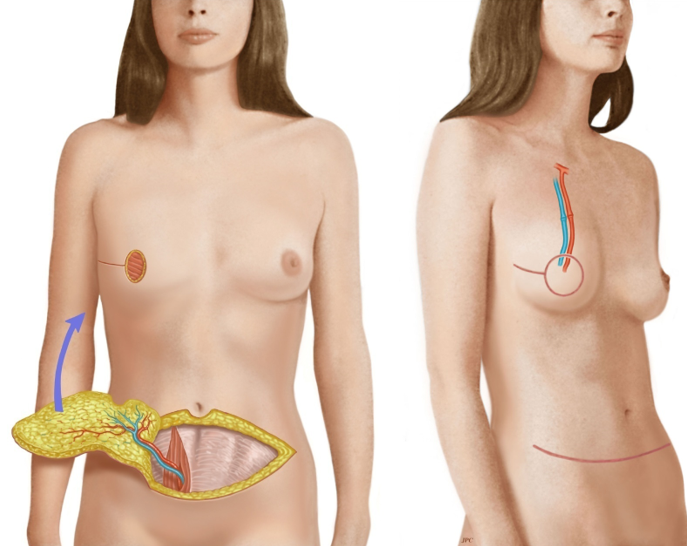 The Lymphedema experience will cover complete care of the lymphedema patient. There will be opportunities to participate in the diagnosis and work up for lymphedema patients using the latest in ICcG imaging techniques. Fellows will learn how to successfully navigate patients through conservative measures to surgical options. Patients will be seen at Hillman Cancer Center and Shadyside Hospital. Our multidisciplinary team will prepare patients for surgery and assist in post-operative care.

Fellows will have the opportunity to participate in lymphatic surgery including lymphovenous bypasses, lymph node transfers and debulking procedures. In addition, procedures combining both breast reconstruction and lymph node transfers such as lateral thoracic lymph nodes or groin lymph nodes concurrent with latissimus dorsi and DIEP flaps. Fellows will be welcomed in the clinic to learn key volumetric assessment techniques and bioimpedance technology.
In addition, the microsurgery fellow will acquire experience in complex microsurgical reconstruction of other areas of the body including upper and lower extremities and torso, approximately 10 per year.. These types of cases take place at multiple hospitals in our system. Trauma-related defects are generally cared for at PUH/MUH and Mercy Hospital, while oncology-related defects are cared for at Shadyside Hospital, Children’s Hospital, Magee Womens Hospital, and our VA. Because these cases are inherently more heterogeneous and are performed by several microsurgeons, the operative experience will reflect a range of ways to approach problems, both strategically and technically. 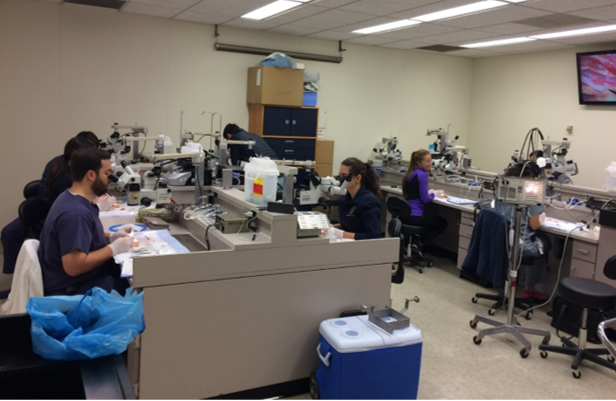 Our trainees participate in a biannual microsurgery training lab using the chicken thigh model.  These labs will provide hands-on technical training in a low-pressure environment, instructed by our group of expert microsurgeons.  The micro fellow will participate as a trainee in the first of these sessions, and as a facilitator in the second. The fellow may use the training lab facilities independently or with other trainees outside the formal sessions anytime throughout the year.

There is a weekend-long annual H&N flap course. This includes invited lecturers, cadaver dissections, instructional sessions on the use of virtual planning/models/guides/custom plates, and didactics.

The microsurgery fellow is expected to attend the American Society of Reconstructive Microsurgeons (ASRM) annual meeting in January.  See below in Benefits.

The microsurgery fellow is expected to attend and participate weekly Department of Plastic Surgery Grand Rounds on Wednesday mornings.

As a clinical instructor, the microsurgery fellow is assigned to be on-call in the faculty call pool and takes attending level call.  This amounts to approximately 3 to 5 calls days per month.  Responsibilities include home call with immediate availability to cover emergencies at Oakland hospitals (PUH, MWH, VA).  Plastic surgery residents take 1st call, evaluate patients, and then call the attending for support and for operative cases.  The fellow will act as attending surgeon for emergency operative cases, taking trainees through procedures.  A back-up hand surgeon will be available for remote support if needed. Non-urgent cases and follow-up for emergency cases will be diverted to the clinics of appropriate faculty, although the fellow can participate in or lead continued care of these patients as long as it does not conflict with their microsurgery fellowship responsibilities.

The fellow will be asked take one-half day of primary call per year while house staff participate in Resident Comradery Day.

On-call clinical responsibilities may occasionally result in clinic follow-up patients.  The fellow will arrange for these patients to be seen by the fellow in clinic.  Generally, the fellow can coordinate this fellow clinic to take place alongside a faculty member’s clinic, allowing for convenient continuity of care with expert support availability. 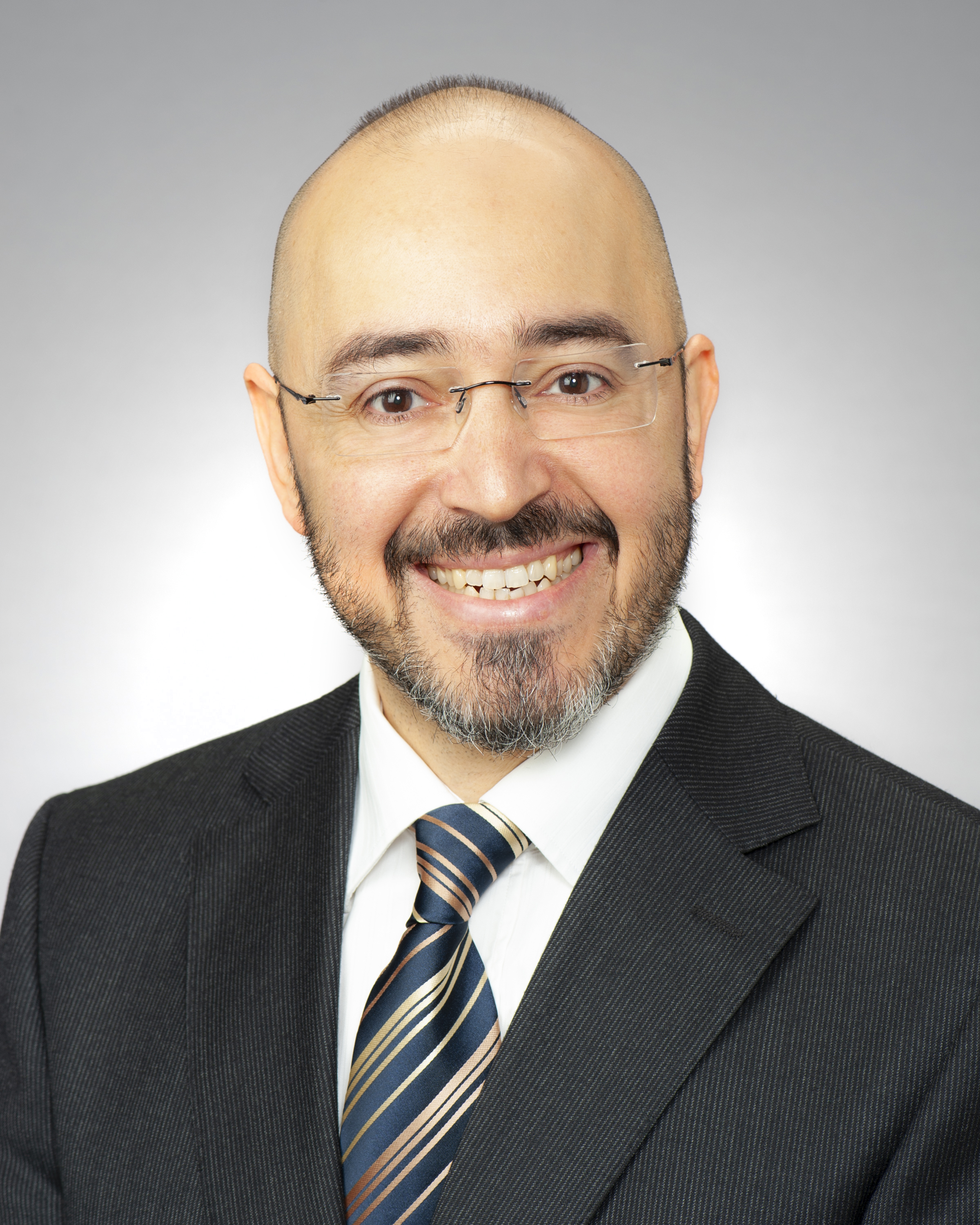 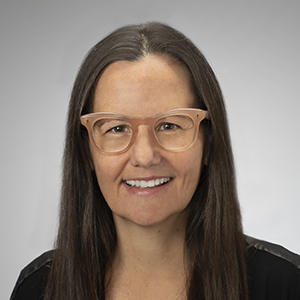 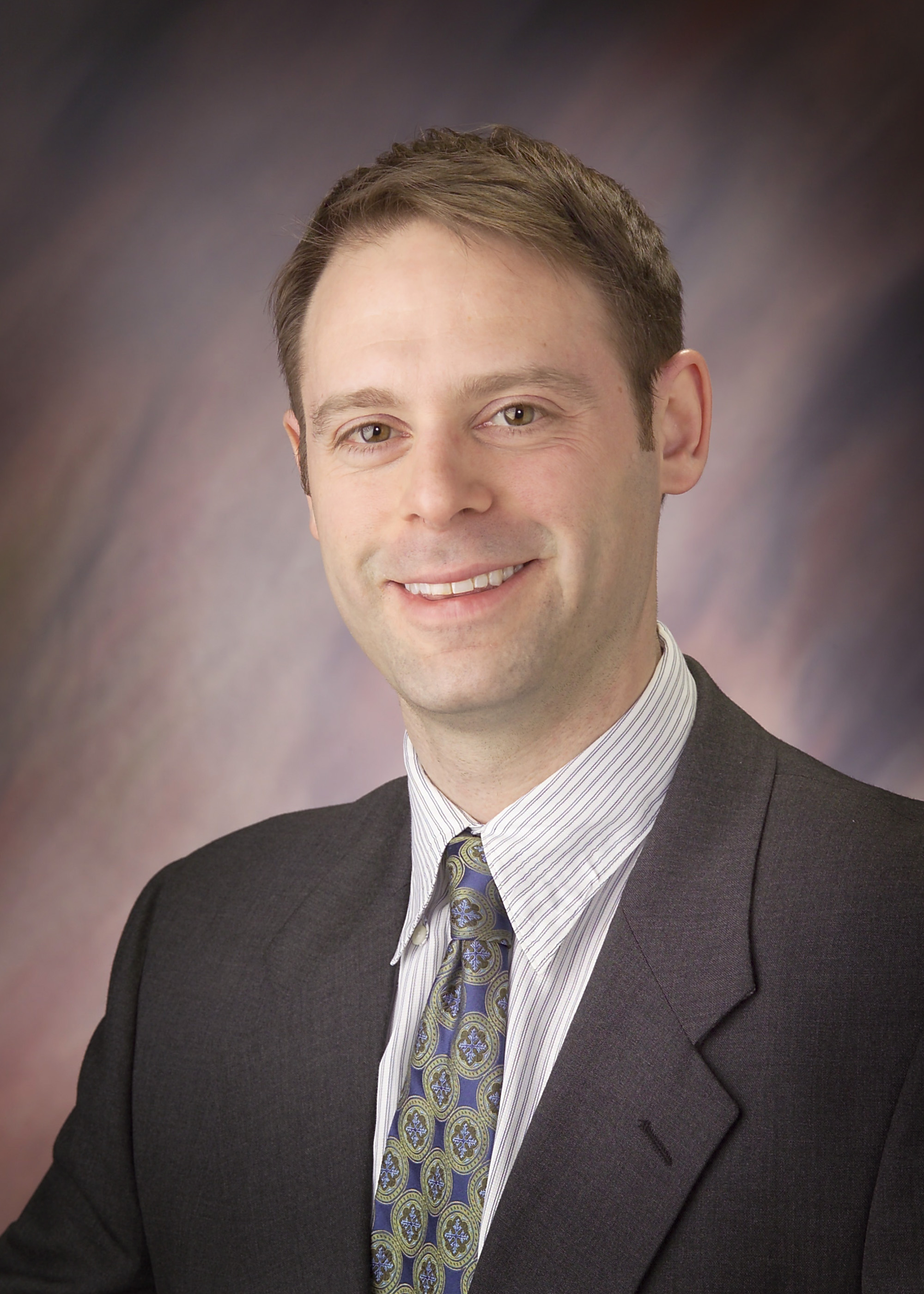 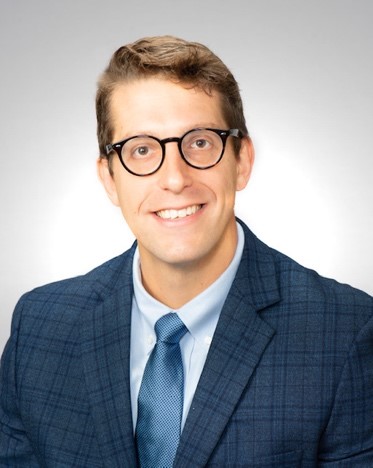 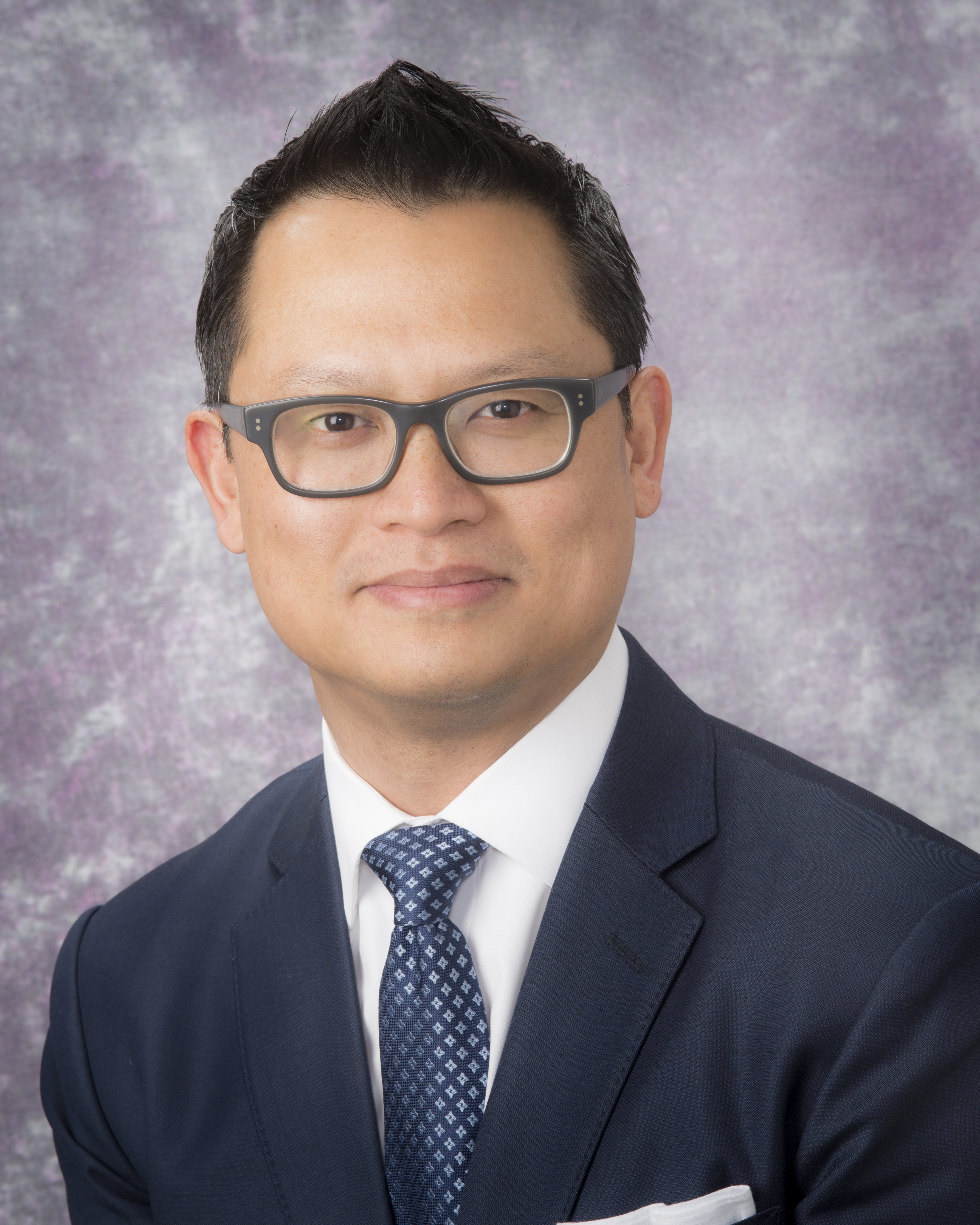 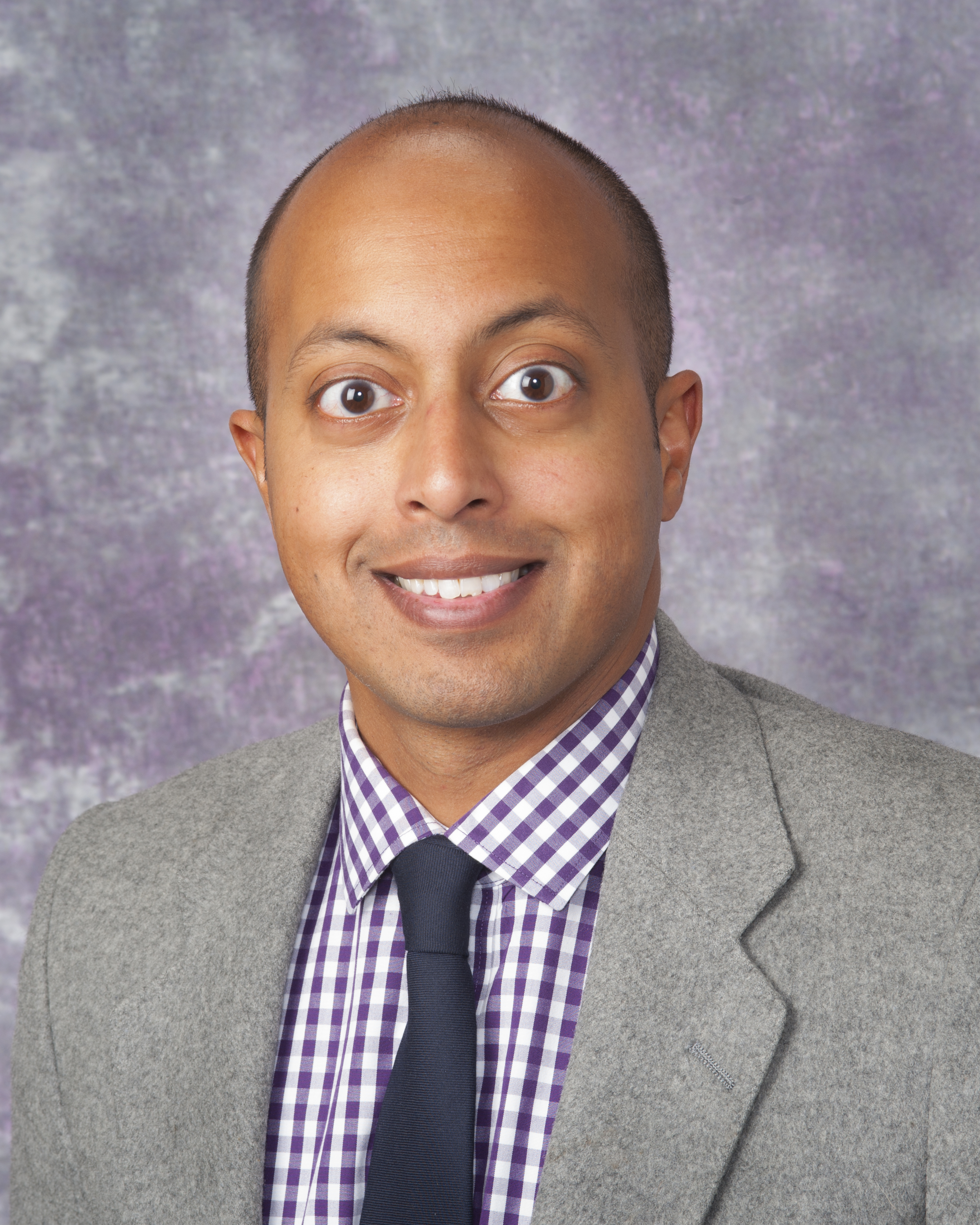 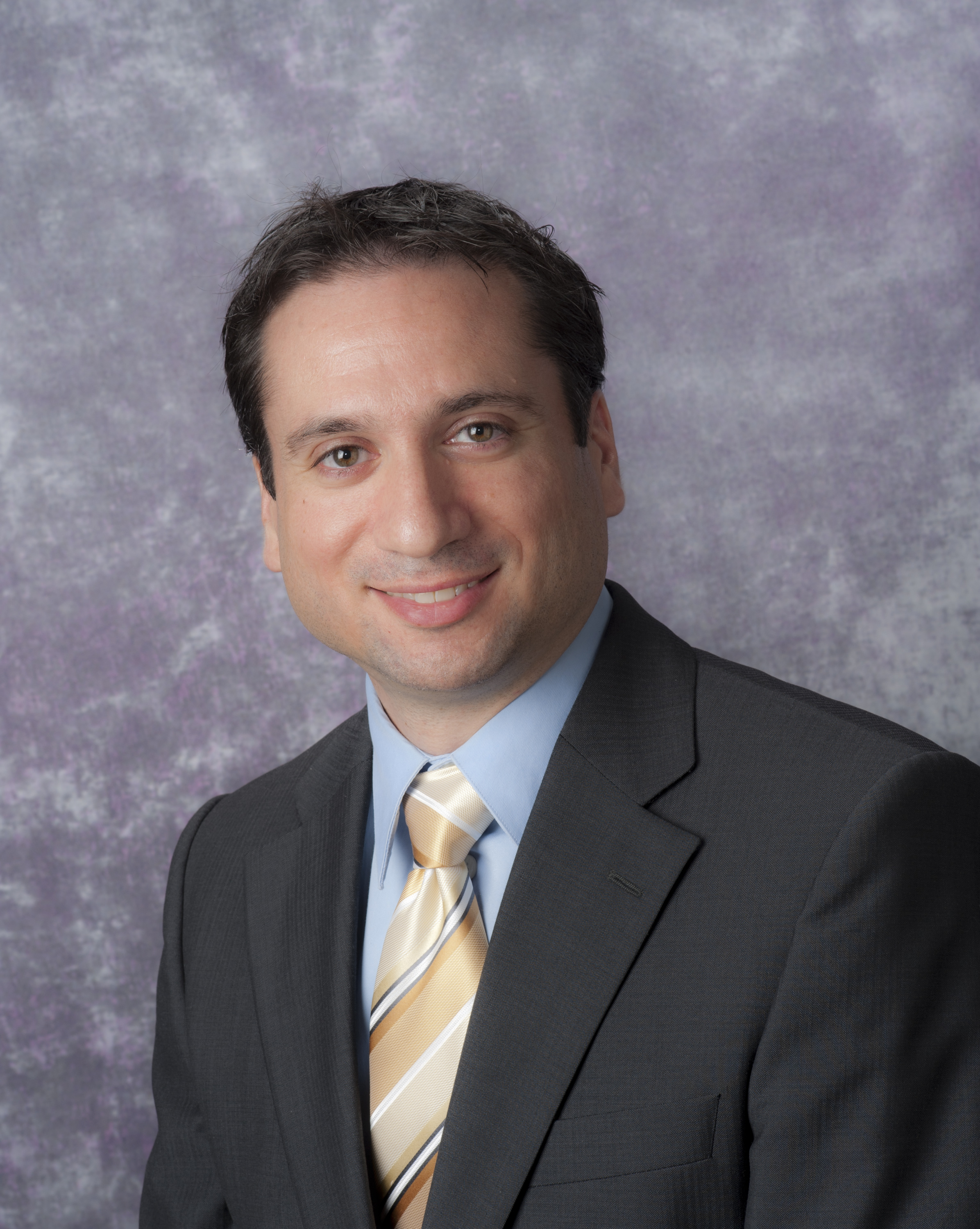 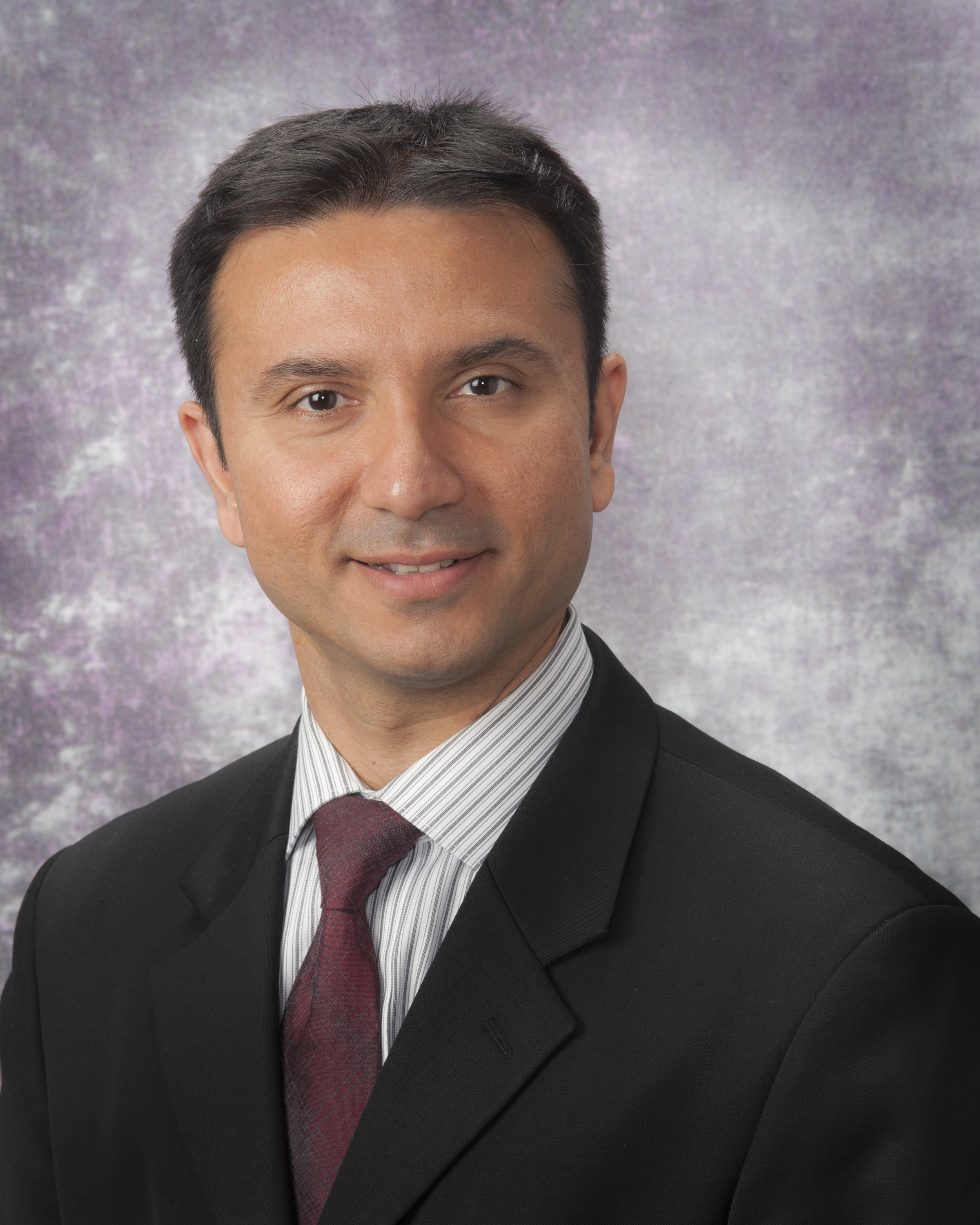 The H&N reconstruction service has a dedicated research coordinator who manages our H&N free flap retrospective and prospective REDCap databases.  This person will assist the fellow with any research projects including IRB, regulatory, and administrative issues.  Fellows may propose their own projects or select from a list of existing projects under faculty guidance.  Fellows are encouraged to work with residents on any project and have a large, combined pool (50+) of ENT and plastic surgery residents to draw from.

Existing retrospective databases available for analysis with research questions.  Prospective database currently being set up.  Fellows are encouraged to work with residents on any project and have a large, combined pool of residents and students to draw from.

Various retrospective databases exist. Projects are arranged with faculty members directly. Fellows are encouraged to work with residents on any project and have a large, combined pool of residents and students to draw from

Applicants are responsible for ensuring they meet all prerequisites for eligibility prior to registering for the match. All match participants must agree and abide by the SF Match rules and policies as well as any additional rules stated by the ASRM.

Please submit the following information with your application packet to the San Francisco Match:

If you have any questions or require additional information regarding the Fellowship please do not hesitate to contact us.