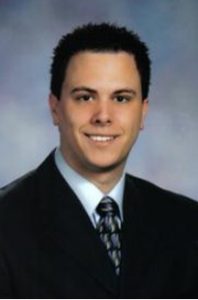 Andrew L. Kochuba was born and raised in Mountaintop, PA graduating from Crestwood High School as Valedictorian with a perfect 4.0 GPA. He earned his undergraduate degree in Pre-Med, Biology, and Mathematics at Muhlenberg College while receiving the Weis Market and Presidential Merit scholarships. While there, he played Division III Tennis throughout college and helped run the 6th Street Shelter and The Caring Place. He graduated Summa Cum Laude and as a Muhlenberg Scholar. He received the National Science Foundation-Summer Scholars Program which he completed at the University of Rochester School of Medicine and Dentistry. He then matriculated to Georgetown University School of Medicine in Washington, DC. During medical school, he volunteered his time at the Hoya Clinic, Hands on DC, and DC Central Kitchen. He subsequently graduated medical school Cum Laude and Alpha Omega Alpha. He then completed his General Surgery residency at Montefiore Medical Center of the Albert Einstein College of Medicine in NYC and is Board Certified in General Surgery by the American Board of Surgery. His journey culminates as an Independent resident in the Department of Plastic and Reconstructive Surgery at the University of Pittsburgh Medical Center. In his spare time, he enjoys golfing, tennis, racquetball, the outdoors, and antique muscle cars.

I choose PITT for the endless education, collegiality, mentorship, and clinical/operative experiences that are second to none. The opportunities the University of Pittsburgh Medical Center affords you speaks for itself and the city of Pittsburgh feels like home. Plus, being one of the premier Plastic Surgery residency programs in the country can’t hurt.

I think I sum it up best when I say it feels like I’m part of the family, the “PITT family.”

Dr. Kochuba has published over 5 scientific articles and abstracts and has over 15 scientific research presentations at regional, national, and international meetings.