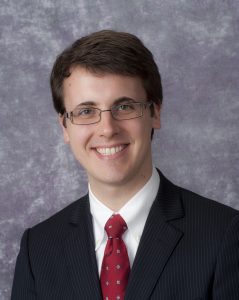 Bio
Dr. Edward Ruane is a Pittsburgh native who went on to graduate summa cum laude from the University of Notre Dame with a Bachelor of Science in Biochemistry. He received his Medical Degree from Duke University. While there he was awarded a prestigious Howard Hughes Medical Research Fellowship to investigate TGF-beta-mediated mechanisms of cancer cell migration. His work in the lab earned him the full-tuition Palumbo Family Medical Scholarship, and he was elected to membership in Alpha Omega Alpha Honor Medical Society. In 2012, Dr. Ruane was thrilled to have the opportunity to return home in order to train at the University of Pittsburgh Department of Plastic Surgery. He currently serves as the Administrative Chief Resident for the Department.

Why Pitt?
When choosing to come to Pittsburgh, Dr. Ruane was drawn to its legacy in Plastic Surgery of leadership, clinical excellence, and innovation. What truly sets this place apart from any other, however, is the commitment and strength of the Pitt Plastic Surgery family.

Dr. Ruane has published scientific manuscripts, abstracts, and a book chapter on various topics in Plastic Surgery. He also has presented his work at local, regional, national, and international meetings.