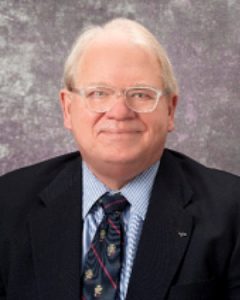 Ernest K. Manders, MD, is a plastic surgeon with broad interests. He does reconstructive surgery, hand surgery, and aesthetic surgery. He is a surgical educator, actively teaching in the University of Pittsburgh Residency Program. He has been doing research in plastic surgery for his entire career and has produced about 300 publications, posters, videos, and patents. His work in tissue expansion helped develop the field for the entire world. His design of the tissue expander for breast reconstruction is used around the world today. He has also made contributions to tissue banking.

Dr. Manders was born in a small town on the coast of British Columbia. His family followed paper mills across Canada, eventually moving to Alabama to make paper there. From there they moved to Coos Bay, Oregon, a logging and fishing town on the Oregon coast. From there he attended Harvard College and then Harvard Medical School. He trained in both General Surgery and Plastic Surgery at the University of Michigan. During this time he worked for two years as a Research Associate at the National Institutes of Health in Bethesda, Maryland. Since finishing residency he has worked at the Pennsylvania College of Medicine’s Hershey Medical Center where he was Chief of the Division of Plastic and Reconstructive Surgery for 10 years before coming to Pittsburgh. He has now been at the University of Pittsburgh as Professor of Surgery for 24 years.

Recognizing the shortage of doctors in rural America, Dr. Manders has started a rural residency program in plastic surgery in his old home town of Coos Bay, Oregon. The purpose is to acquaint doctors in training with life and practice in a small town, with the hope that some of them will choose rural practice over urban practice in the future. So far in five years of the program with 7 residents, two residents have been placed in Oregon and four more are entering small town practice. This program has been very gratifying for all involved.

Dr. Manders and his family started a biotech company, Promethean LifeSciences, Inc. The company produces GammaGraft® a sterile skin graft that is stored at ambient temperature. This technology was then applied to make Repriza®, an acellular dermal matrix used for breast and abdominal wall reconstruction. Both products have been very useful in medical applications. GammaGraft saved many lives in Iraq and Afghanistan and the recommendation was made that it be deployed with any future forward military hospital.

Dr. Manders has maintained a wide ranging investigative career. He has invented products that have gone to market and which have helped patients all over the world. His diverse papers on treatments for surgical problems have been published in a wide array of journals. Many of his residents have gone on to be very successful investigators and authors themselves. He has given some 680 invited papers and addresses at medical meetings over his career.
Dr. Manders and wife Sandra have four children and six grandchildren spread across the US. They delight in the accomplishments of this larger family and look forward to sharing their lives and adventures as the year’s progress.