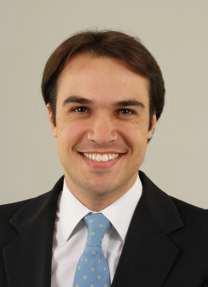 Dr. Egro was born and raised in Milan, Italy. He pursued his Bachelors of Science with Honors in Microbiology and his Medical Degree from the University of Bristol, United Kingdom. While only a general medicine and surgery intern in the UK, Dr. Egro passed the exams to become a Member of the Royal College of Surgeons of England and pursued his Masters in Surgical Sciences at the University of Edinburgh. He then served as a research fellow at the Division of Plastic Surgery at Emory University under the mentorship of Dr. Albert Losken, where he conducted his research on breast oncoplastic surgery. The Royal College of Surgeons of Edinburgh recognized Dr. Egro’s research achievements and awarded him the Lister Medal Prize.

Dr. Egro is currently a member of the American Society of Plastic Surgery, Royal College of Surgeons of England, and the American Burn Association, where he also serves on their Education Committee.

Dr. Egro has trained in the United Kingdom, Italy, France, and the United States giving him an internationally diverse academic and scientific background. As of July 1, 2014, Dr. Egro accepted an integrated plastic surgery residency position with the Department of Plastic Surgery at the University of Pittsburgh Medical Center.

My main reasons for choosing Pitt Plastic Surgery are the breadth and depth of clinical training, unique research opportunities (including working with leaders in adipose-derived stem cells), and long history of training plastic surgery leaders.

Despite being a large program and an academic and clinical power, Pitt Plastic Surgery has managed to maintain the family feel of a small program leading to a high level of collegiality and support. Furthermore, the breadth of clinical and research opportunities makes it very easy to pursue whatever interest you may have.