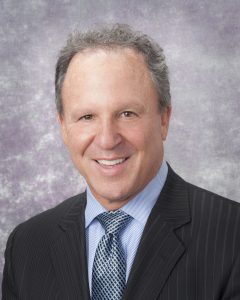 Guy M. Stofman, MD, is Clinical Professor of Plastic Surgery at the University of Pittsburgh. He attended Villanova University and graduated in the class of 1979 with a BS in Biology. From then he went onto medical school with his MD degree from Jefferson Medical College in Philadelphia, PA.  He completed medical school in 1984, and subsequently completed his residency in Otolaryngology, Head and Neck Surgery at Thomas Jefferson University, Philadelphia, PA. He then went on to complete a Plastic Surgery residency at the University of Pittsburgh and graduated in 1991.  He is board-certified in both Otolaryngology Head and Neck Surgery as well as Plastic Surgery.

He started his clinical career at the Mercy Hospital Level 1 Trauma Center and Burn Unit in Pittsburgh.  In 1994 he became Chief of Plastic Surgery at Mercy Hospital and has held that position since.  From the start, in 1991, Mercy Hospital has been a clinical rotation of the University of Pittsburgh Department of Plastic Surgery, and has always been highly regarded.  Among his accomplishments; he was President of Pittsburgh Plastic Surgery Society from 2001- 2003, President of the Robert H. Ivy Society, The Pennsylvania State Plastic Surgery Society from 2004-2005, and then inducted into the American Association of Plastic Surgery in 2005.  He has recently been asked to sit on the American Association of Plastic Surgery Finance Committee, and Ethics Committee a position held since 2016.  He has taught and lectured locally as well as nationally, with numerous publications, book chapters, and teaching courses over the last 25 years. Because of his double board certification in Otolaryngology, Head and Neck Surgery (ENT plastic surgery) over the years he has developed vast experience in Rhinoplasty (cosmetic surgery of the nose). He lectures frequently and teaches plastic surgery residents on various techniques of rhinoplasty. He has a large surgical experience with expertise in face lift surgery, and surgery of the eyelids as well.  His reconstructive interest concentrates on lower extremity, and reconstructive surgery of the burned areas of the head and neck along with upper and lower extremities.  He has one of the largest series of reconstructive burn patients in the United States