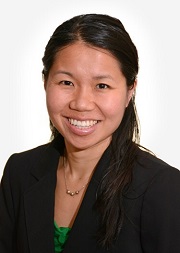 I chose Pitt for several reasons, including its historical legacy, exceptional educational and operative experience, cutting-edge research in regenerative medicine, and genuinely caring and supportive nature.

Dr. Ng has authored and contributed to over 10 published scientific articles, abstracts, and a book chapter, and has presented her work at over 25 regional, national, and international meetings.