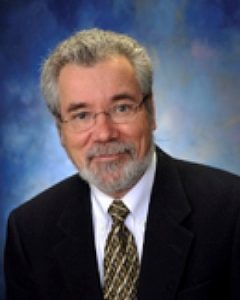 His CV contains over 50 peer reviewed publications and numerous book chapters – many in the area of breast surgery and body contouring, revision breast surgery and head and neck reconstruction as well as a variety of general plastic surgery topics.

In January 2006, Dr Shestak published a single author textbook entitled Re-Operative Plastic Surgery of the Breast with Lippincott Williams & Wilkins which has received international acclaim and he has begun work on a second edition of this text book.

He has been an invited guest professor on 6 continents and 11 countries, including 23 Universities and an additional 24 regional, national and international societies. He has given many Instructional Courses on Revision of Breast Augmentation, Mastopexy, and Augmentation Mastopexy at the American Society of Plastic Surgeons (ASPS) and the American. Society of Aesthetic Plastic Surgeons (ASAPS) meetings over the past two decades. He has served as Chairman of the ASPS-PSEF Breast and Body Contouring Symposium in Santa Fe New Mexico and Perspectives and Advances in Plastic Surgery in Vail Colorado.

In 2003, Dr. Shestak received the honor of being named the Plastic Surgery Educational Foundation’s Visiting Professor and Scholar (2 out of 4000 selected that year).

His central passions are “being a doctor” who is driven to provide the best care in cosmetic and reconstructive surgery available anywhere, and being an excellent teacher of plastic surgery for residents in training.   Although known for his vast experience and expertise in cosmetic and reconstructive breast surgery and revisional plastic surgery of the breast, he has a busy facial cosmetic surgery practice including both surgical (face, eyelid and nasal surgery) and non- surgical facial rejuvenation from the standpoint of fillers and Botox.

He was voted “Teacher of the Year” in 2016 by the plastic surgery residents in the University of Pittsburgh.