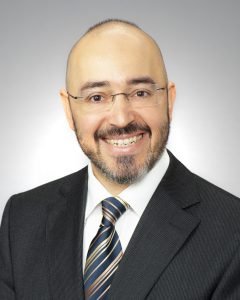 In 2007 Dr. Acartürk received the “Young Plastic Surgeon Award” by the European Association of Plastic, Reconstructive and Aesthetic Surgeons (EURAPS). Dr. Acarturk received a prestigious Scholarship to the University of Helsinki, Finland where his main interest was reconstructive microsurgery and reconstruction of congenital ear anomalies (microtia). In 2012, he also became a specialist in Oromaxillofaxial surgery in Turkey.

Dr. Acartürk has won numerous academic awards and written over 40 peer-reviewed articles and book chapters, mainly as the primary author, mostly related to microsurgical reconstruction, reconstruction of complex defects, and rhinoplasty, in addition to numerous basic science articles. He is involved in several clinical research studies involving microsurgical outcomes and general reconstruction.  He presented at many prestigious international conferences and universities as invited speaker. He was also appointed as an Associate Professor by the Department of Otolaryngology due to his contributions in the area of head and neck microsurgical reconstruction.