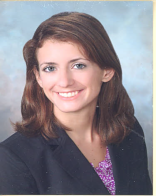 When I first visited the University of Pittsburgh, I was impressed by the large variety of cases and wide experience that residents were exposed to. I wanted to attend a residency where I would be challenged to be my absolute best, with world-class faculty and research opportunities, and in an environment with great camaraderie. I spent two years in the Pediatric Craniofacial Laboratory prior to starting residency, and am excited to begin my final two years of training.

Dr. MacIsaac has over 20 published abstracts and papers, and has contributed to over 80 abstracts at regional, national and international conferences. She continues to pursue her interest in Craniofacial Research at the University of Pittsburgh in the Craniofacial Biology Laboratory.